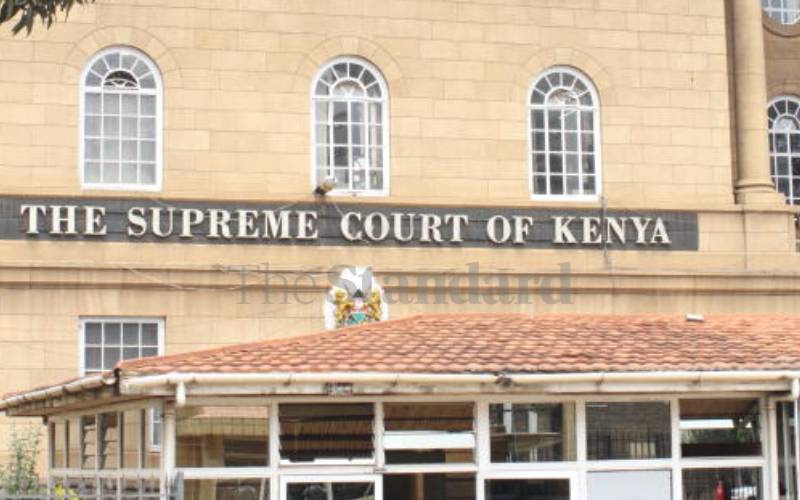 The Supreme Court has set the stage for the auction of a prime property at 14 Riverside Drive in Nairobi if the owner does not pay a creditor of 5 billion shillings.

Chief Justice Martha Koome, along with Justices Mohammed Ibrahim, Smokin Wanjala, Njoki Ndungu and Isaac Lenaola, said they had no jurisdiction to interfere with the Court of Appeals ruling that ordered Cape Holdings Ltd to pay the amount to Synergy Industrial Credit Ltd.

“The Supreme Court does not have jurisdiction to hear appeals emanating from arbitration and which have been definitively decided by the Court of Appeal. The appeal before us is therefore unfounded and is dismissed, ”the judges ruled.

Their decision marked the latest hurdle in the 10-year fight between Cape Holdings Ltd and Synergy Industrial Credit Ltd over the 14 properties on Riverside Drive which include the Dusit D2 hotel, residential apartments and office buildings.

Their dispute dates back to 2011, when Synergy Industrial Credit Ltd struck a deal with Cape Holdings Ltd to purchase 14 apartment blocks the developer was building at 14 Riverside Drive.

The company claimed to have paid an advance of 750 million shillings for the blocks that were still under construction, but when the property was completed Cape Holdings refused to transfer its units.

In 2015, lawyer Ochieng Oduol, the sole arbitrator, found that the developer had violated the terms of the contract by not returning the blocks paid and ordered Cape Holdings to repay the principal amount and the compound interest totaling 1, 7 billion shillings. The arbitrator had decided that the compensation would cover the repayment of prepayments, the loss of interest charges, the opportunity cost and the loss of exchange rate fluctuations for the amounts paid in dollars as well as the loss of goodwill.

Cape Holdings took the High Court to challenge the arbitration award and in March 2016 the tribunal overturned the award on the grounds that the arbitrator had exceeded its jurisdiction.

Synergy Industrial Credit appealed to the Court of Appeal again and in 2019 the court overturned the High Court’s decision and restored the arbitration award, and also ordered the developer to pay all accrued interest.

Lifetime Gift: How Can I Help My Kids Buy a Home?