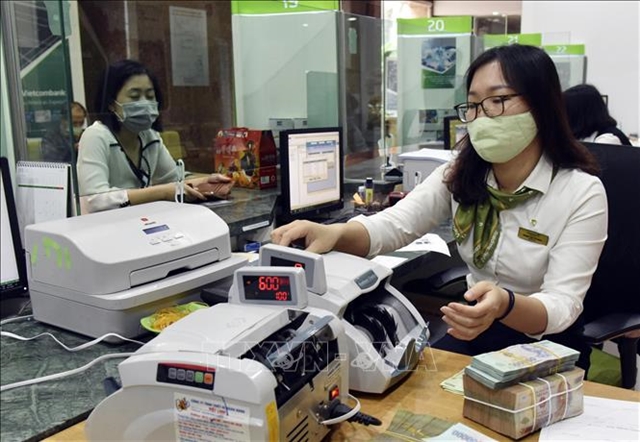 HÀ NỘI — Loans from companies affected by the pandemic will benefit from an interest rate reduction of 2% under a government support program aimed at eliminating difficulties for companies.

The total package of preferential interest rates amounts to 40 trillion VNĐ, which comes from the state budget.

The proposal was drafted in the decree of the State Bank of Vietnam (SBV) on subsidizing the interest rates of the state budget for loans to enterprises, cooperatives and commercial households, which was issued public for comment.

According to the project, the beneficiaries of the credit package at preferential interest rates are companies, cooperatives and business households in the sectors of aviation, transport, warehousing, tourism, accommodation-catering, education-training, agriculture, forestry, fishing, industry, manufacturing, processing, software, computer programming and computer industries .

In addition, companies, whose loans are used for construction of houses for sale or rent to workers, public housing and renovation of old apartment buildings on the list of projects announced by the Ministry of Construction, will also benefit.

According to the draft, borrowers’ loans, which were disbursed from January 11, 2022 to December 31, 2023, will benefit from lower interest rates. However, borrowers will not be supported by the interest rate reduction if their loans have overdue principal balances or late interest.

Đào Minh Tú, Deputy Governor of SBV, said the government has instructed SBV, in coordination with the Ministry of Finance and the Ministry of Planning and Investment, to draft the decree in accordance with Resolution No. 43. /2022/QH15 on fiscal and monetary policies and Resolution No./NQ-CP on the National Assembly’s socio-economic recovery and development program.

According to the draft, commercial banks will obtain from the Ministry of Finance the interest rate subsidy program totaling VN 40 trillion to provide loans to borrowers.

To prevent fraud, the draft stipulates that if borrowers misuse the loans according to the conclusions of the competent authorities, they will have to repay the amount of the interest rate reduction to the state budget.

According to SBV Governor Nguyễn Thị Hồng, the banking sector has cut interest rates on loans three times, totaling 1.8 percentage points over the past two years.

In addition to the government’s preferential interest rate program, the banking sector will strive to continuously reduce the lending rate by 0.5 to 1 percentage point in 2022 and 2023. — VNS