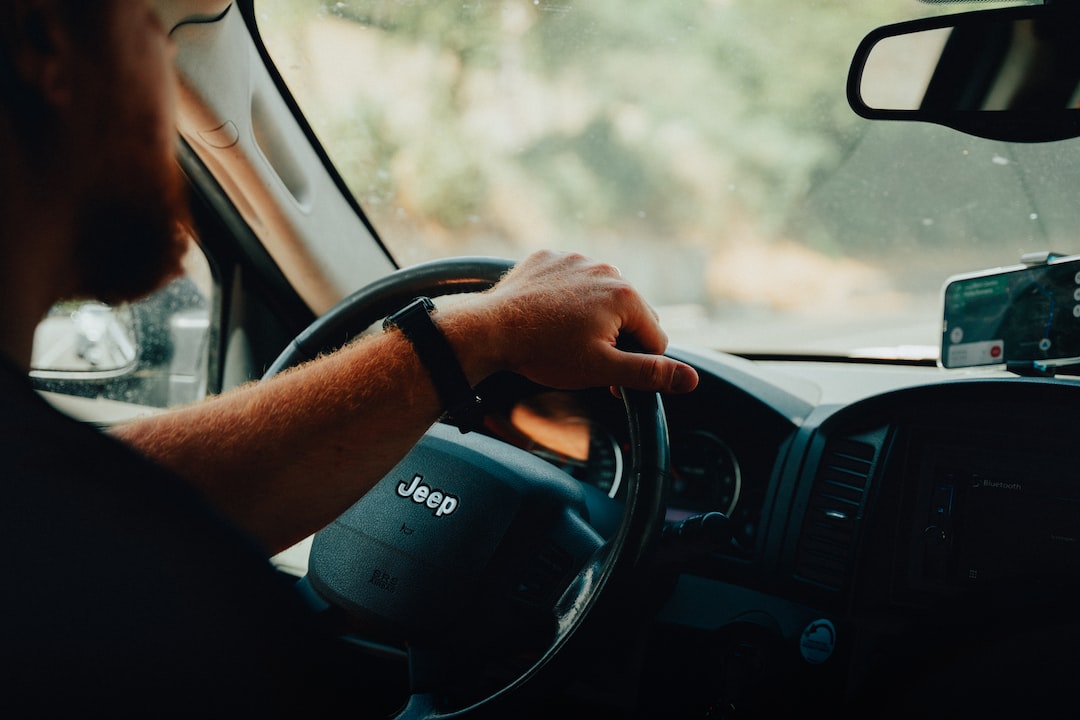 How home values increased across every Portland neighborhood in past decade

Emily Chow’s charming 1924 bungalow in Southeast Portland’s Lents neighborhood has a covered porch, pitched roof and plenty of equity since she purchased it nine years ago.

Chow unknowingly bought into a Portland neighborhood that saw among the greatest appreciation in real market values between 2010 and 2020, according to an analysis of county tax assessor data by The Oregonian/OregonLive.

Across the city, the highest percentage increases were seen in north, northeast and southeast neighborhoods that previously were considered up-and-coming and targeted by first-time buyers, including Lents, where median home values ballooned 97.1%.

Meanwhile, it was Portland’s already established neighborhoods that recorded the biggest increase in median home values, with the largest gain in Portland’s elevated Hillside/Northwest District neighborhood, which rose $330,065 during the last decade, according to the newsroom’s analysis.

“Established areas will keep their values, but every place has potential to be desirable to those brave enough to pioneer it,” said Chris Guinn, co-owner of Dwell Realty and a northeast Portland agent for 22 years. “We are a cool, quirky place and people dig that vibe.”

The city’s competitive real estate market, brought about by too many eager buyers, especially first-time owners, and too few willing sellers, is just one reason appreciation vaulted in some neighborhoods in the last decade. Other factors: “Portlandia,” crowd-drawing events like Portland Pickles collegiate baseball games and craft beer.

Spoofs of resident freethinkers on the sketch comedy series, “Portlandia,” which debuted in 2011, and the promise of community fun motivated many young adults to settle here in the last decade just as they were transferring from renters to home shoppers, said Drew Coleman, president of the Oregon Realtors Association.

In 2012, Portland State University released a study showing that the politically progressive city attracted young, college-educated people at the second-highest rate in the nation, after Louisville, Kentucky.

Many millennials, the largest generation in the U.S., arrived between 2010 and 2020 when the city’s population grew by more than 80,000 people.

The City of Roses has characteristics millennials and others want: Creative jobs like those found in Seattle, the San Francisco Bay Area and Los Angeles, but lower-cost, gentrifying neighborhoods with welcoming places to eat, drink and socialize.

“It’s a harkening back to the front porch, community-center model,” said Coleman, who ticks off more of the city’s appealing assets: A pleasing climate, a strong arts and music culture, beckoning waterways, and the mountains and coast an hour’s drive away.

“If I had a dollar for everyone who wanted to move here to hike … ” he trailed off.

The last decade began on the heels of a recession that pounded the Portland area’s median home price down to $242,200. It ended with a burst of exuberance that continues despite a worldwide pandemic.

She signed the deed when many existing homeowners’ property had lost value during the recession. Potential buyers were reluctant – “gun shy,” Chow said – to enter a depressed market, even though a 30-year, fixed-rate mortgage averaged 3.66% when she closed her deal.

Also in optimistic buyers’ favor: During most of the last decade, they had plenty of choices.

In December 2009, the inventory of unsold homes was at 7.7 months, granting home shoppers a huge selection of styles, locations and price points. By December 2019, the level had plunged to 1.8 months, putting sellers in control, which continues today. Inventory has since hit historic rock bottom; it was 0.8 months in June 2021.

“I bought on the down and am selling on the up,” Chow said.

She did more than enter and exit. Over time, the millennial poured about $100,000 into improvements to convert her two-bedroom, one-bath bungalow into a house with a new master suite in the finished basement and a bonus room with skylights in the attic.

She also paid for plans and permits for a separated, rental dwelling on her 6,534-square-foot lot.

The new owner can build an income-producing accessory dwelling unit (ADU) in the backyard to offset the cost of the mortgage.

The idea of adding a second home on a single-family residential lot became better known in the early 2010s as zoning rules started to shift to counter the housing deficit and Portland advocates like Kol Peterson promoted the economic and environmental benefits of compact living.

Chow, who is relocating from Lents to work as an executive assistant for the City of Seattle, has also seen her neighborhood get spiffed up. A block with a gas station is now the energy-efficient Oliver Station apartments, and the farmers market has expanded its international focus and support of small food business owners.

“It’s a mix of the old neighborhood with graffiti and the new,” said Chow.

Her listing agent, Paul Trakarn of Luxe Christie’s International Real Estate, advertised that the 1,851-square-foot house is near Lents Park , Zoiglhaus Brewing and food carts, and that it’s an easy ride downtown on the Max Green Line.

Median home values doubled in Lents, from $164,580 to $324,310 in the last decade, according to analysis by The Oregonian/OregonLive of real market data from Multnomah County’s tax assessor.

As people came to join neighborhood activities, Lents Park and the Pickles became a “beacon of light,” Love said.

One of the Pickles’ owners, Alan Miller, purchased two homes near the park’s Walker Stadium and hears from fans who, like him, always wanted to live in a city where they could walk to a baseball stadium, “the coolest element a neighborhood can have,” he said.

He compares Lents to San Francisco’s South of Market that was “not a great area” until a new stadium drew in restaurants, bars and people. The impact on residential real estate? Listings for Lents homes include the proximity to Lents Park. The perk Miller uses when advertising his rental: A season pass to Pickles’ games.

“Communities need things to bring them together in a great setting, and sports and music do that better than anything else,” Miller said.

The area also has new housing and businesses, and expanded sidewalks to the Foster-Powell neighborhood, which saw an 86% increase in home values in the last decade, according to The Oregonian.

Like Mount Scott-Areta, which appreciated 97% in the last decade, these more affordable neighborhoods experienced artist-led gentrification.

Values and turnover have increased inside of Southeast 82nd Avenue, and he worries about longtime residents being priced out of their neighborhood as prices continue to escalate in east Portland.

“There’s a lot of neighborhood spirit in Powellhurst-Gilbert, Pleasant Valley and Centennial,” he said.

As baby boomers downsized into urban condos before the pandemic, millennials, born between 1981 and 1996, were giving up their downtown rentals to stake ownership in a Pinterest-ready townhome farther away from the Willamette River.

Or they spread out, suburban style, in “Mad Men”-era dwellings with large windows and indoor-outdoor living, said Alyssa Starelli, an agent with Living Room Realty.

She works mostly with millennials ready to “buckle down and buy,” and she specializes in post-World War II construction, including “kitschy ranches, cute tract houses” and what she calls “midcentury modest” homes.

House size is not as valuable as location to millennials, said Matthew Gardner, chief economist for Windermere Real Estate.

“Walkability, a good neighborhood and proximity to social amenities are very important,” he said. “Oh, and let’s not forget, dog friendly. They love their dogs.”

There were also incentives for new buyers to move into urban renewal areas, said Brian C. Johnson, a broker with Windermere Realty Trust.

Johnson is an advisor to the nonprofit Proud Ground, which helps first-time homebuyers in Oregon and Washington get funding for affordable homeownership.

Lents is one of the urban renewal areas where eligible first-timer buyers with low-to-moderate incomes apply for Portland Housing Bureau’s Down Payment Assistance Loan Program, which is interest free and forgivable after 30 years of living in the house, condo or townhome.

The grant is now $80,000 to $100,000, depending on the funding source and location, with a minimum of 10% allocated for post-purchase home improvement.

As longtime owners move out, houses in emerging neighborhoods get fixed up to sell and past stigmas fade.

Driving the data are human behaviors.

The West Hills, Northwest District and other close-in neighborhoods have long been valued for their easy access to the city’s cultural, retail and social amenities, said Johnson, who grew up in Oregon and has lived in Portland since 1992.

From 2010 to 2020, Portland’s population grew 13.9%, according to Portland State University’s Population Research Center, and fueled an imbalanced market with more buyers than sellers, which spurs bidding wars.

About one in three newcomers roll in from California in an average year, said economist Josh Lehner of the Oregon Office of Economic Analysis, and many have a house or stocks to trade, or family funds to buy property in Portland.

But out-of-staters are not the only reasons detached houses have become more out of reach to Oregonians hoping to buy for the first time. Coleman said Portland under built single-family homes for the population growth that arrived in the 2010s, after the Great Recession.

“While we are putting the same number of housing units in the market as we used to, it shifted significantly after the 2008 recession to multifamily residential,” said Coleman.

The state’s longtime housing shortage coupled with price increases every year since 2012, the longest streak on record, have impacted affordability unlike anything experienced in the past, Coleman said.

The Northwest has the largest share of buyers who said interest rates impacted their view of the housing market, according to a Metrostudy/Zonda report, Coleman said.

“Nobody wants to stay in an apartment forever, especially when rates are below 3%,” he said.

People who think prices will only rise are putting in offers on homes and signing deeds.

“With the amount of people moving here, buyers from out of town and younger, first-time homebuyers don’t all want that big house in a leafy neighborhood,” said Love. “They’re being practical. They’re going where they can afford to buy and they want a good floor plan and updates so there’s nothing they need to do.”

First-time buyers who rely on assets other than a home to trade for a down payment move where they can afford to get in the game, agreed Guinn. “It’s an assumption that they will make money,” he said, “and that’s a pretty good bet.”

Which less expensive areas could be the next Lents in 2030?

“I’m reasonably certain those areas will have the highest room to run over the next few years,” he said.