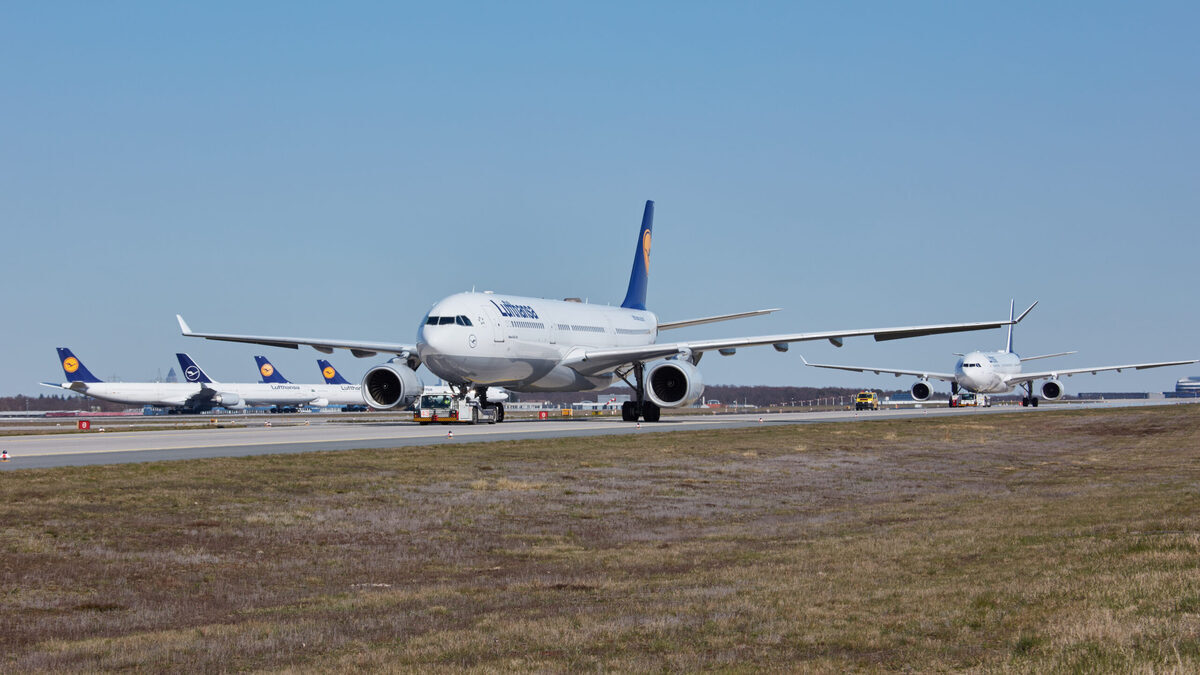 Lufthansa gets € 1 billion in extra cash: what it means

German airline Lufthansa increased its cash reserves by 1 billion euros ($ 1.18 billion) after a successful bond issue. This is the second time this year that Lufthansa has visited the markets to raise funds. As of March 31, Lufthansa had approximately € 10.6 billion in cash and cash equivalents.

Demand has been high for bonds, reflecting investor confidence in Lufthansa’s future. The demand for the two tranches was almost double what was available. Citi, Credit Suisse, HSBC and ING handled the transaction.

A bond is a fixed instrument loan. The lender, usually but not always a financial institution, receives a fixed interest rate and repayment rate. Typically, businesses, municipalities, states, and governments raise funds through bonds. Air France-KLM, easyJet, IAG and Ryanair have all raised funds using bonds this year.

“The repeated and successful placement of a corporate bond once again confirms our access to a variety of advantageous financing instruments,Says Remco Steenbergen, CFO of Deutsche Lufthansa AG.

Lufthansa has already secured the refinancing of all financial liabilities due in 2021. The airline says the new funding will further strengthen the liquidity of the Lufthansa Group.

In 2020, Lufthansa received a € 9 billion bailout package from state lender KfW, of which around € 2.5 billion was used. The bond issue earlier this year was used to repay € 1 billion from that bailout. Last month, the airline said it wanted to pay off the outstanding balance by the German federal election in September 2021.

Lufthansa says it plans to raise more money to do this. In addition to repaying the bailout money, Lufthansa wants to restore a long-term sustainable and efficient capital structure. Lufthansa said it had not yet decided on the size and timing of a possible future capital increase.

A little light on the horizon for Lufthansa

After 15 difficult months, there is some light on the horizon for the Frankfurt-based airline. Low COVID rates mean Lufthansa is seeing more business passengers in Germany and across Europe. It’s not a full rebound, but the trend is in the right direction.

“For the past four weeks, we have seen increased demand for business flights for September, October and November. This is a clear signal… We are currently experiencing a return to business travel. In Germany and in Europe in particular, business demand for air transport is clearly on the rise again. Lufthansa director Harry Hohmeister said.

As the United States also begins to bring COVID under control, Lufthansa is ambitiously considering a full transatlantic return within the next two months. As business slowly shows signs of normalizing at Lufthansa, the airline is growing more confident in its ability to manage debt and that further capital raises are on the horizon.

Does it make sense that companies pay ransomware criminals?

Concerns about possible misuse of COVID-19 funds continue to grow

IIFL Home Loan NCD Issue Offers Up To 10%: Should You Invest?