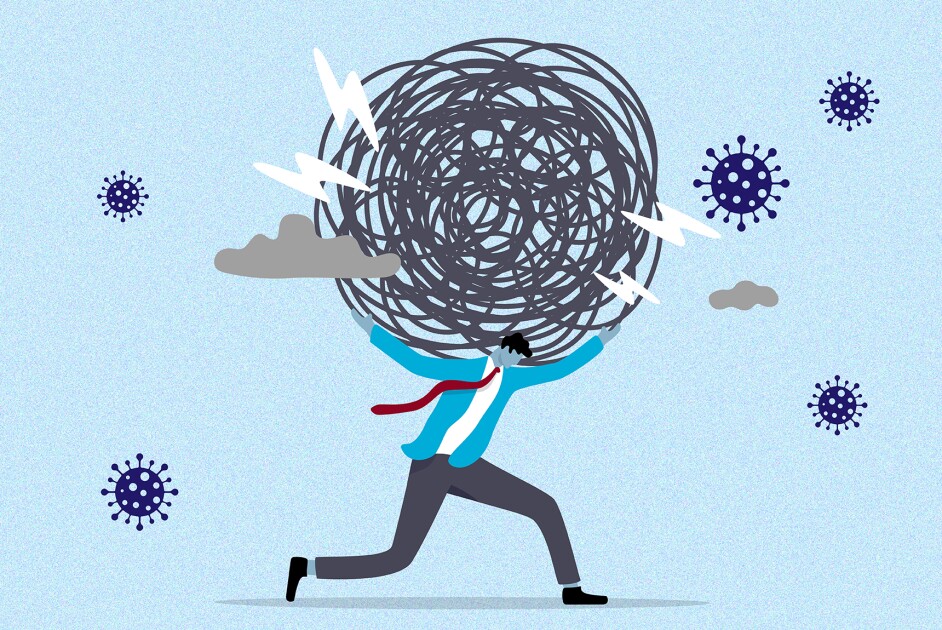 While managers may resent tight budgets and other cost-cutting measures, dissatisfaction with these things doesn’t necessarily make them think about leaving.

But the shortage of teachers and substitutes – a big challenge for schools and districts this year – could push them to quit, according to a new article. published this month.

The article, written by Julia H. Kaufman and Melissa K. Diliberti of the RAND Corporation and Laura S. Hamilton of the Educational Testing Service, is based on data from a panel survey of school principals collected in the spring 2020, when nearly every school nationwide halted in-person instruction and in the fall of 2020, when most districts returned to in-person instruction but juggled multiple modes of instruction as Local COVID-19 infection rates rose and fell.

The document injects some nuance into the conversation about an impending exodus of school leaders. It is also an opportunity for district managers to assess the working conditions of managers and provide resources, such as mental health and other supports, to deal with the stress and dissatisfaction that managers face. school leaders are expressing, Kaufman said.

Half of principals surveyed in fall 2020 said they “agreed” or “strongly agreed” that they weren’t as enthusiastic about the job as they were. they were when they started, and 43% said they would quit for a better paying job. depending on the paper. Another 27% said the “stress and disappointment” wasn’t worth it. The numbers were significantly higher in Kaufman’s survey than in a pre-pandemic federal survey from the 2015-16 school year. And about 21% of Kaufman principals said they plan to quit at the end of the 2020-21 school year.

Will growing dissatisfaction lead managers to quit over time?

“That’s the million dollar question,” Kaufman said, noting the link between people dissatisfied with their jobs and leaving.
“If you were more dissatisfied with your job, you probably wouldn’t do it as well. As their discontent grows, [principals] are probably not as capable of doing their job.

Various polls have tapped into the sentiment that pandemic conditions and political and social divisions over the past two years could push managers out of the profession. Thirty-eight percent of principals who responded to a National Association of Secondary School Principals survey released in December 2021 said he plans to leave his job within the next three years.

But there are indications that the K-12 education sector has not experienced an exodus of employees, even as schools struggle to find workers. National data are a few years apart.

Data from two states, which were analyzed by Georgetown University’s Edunomics Lab, show that at least in 2020-21, the first full year of the pandemic, core staff turnover was lower than in the last. pre-pandemic school year and the national average of main turnover.

Chad Aldeman, director of policy at Edunomics Lab, which has analyzed state data on principal turnover and also researched teacher attrition during the pandemic, said the same could be true. for directors and teachers: they are stressed but do not necessarily leave their jobs in historical figures.

Aldeman also noted that the current data doesn’t capture whether revenue is growing this year. Still, he said, the growing dissatisfaction “is not good news”.

“This could be an issue that we need to address for the mental health of professionals; but that won’t necessarily lead to the same turnover rate that surveys show,” he said.

Researchers believed that principals’ needs would decrease as schools returned to in-person instruction in the fall of 2020. Instead, they found that principals’ self-reported needs increased across the board, as they were asked about things like high-quality materials and teacher training. .

While budget constraints increased managers’ dissatisfaction, they were not likely to predict a manager’s intention to leave.

But the lack of resources reported by principals – for more social-emotional learning materials, for example – and shortages of teachers and substitutes were consistent with the intention to leave.

“If you ask school principals if they have a lower school budget, they’ll say, ‘Yeah, it’s frustrating.’ But that doesn’t push them to the point of saying, “I’m leaving.” Kaufman said. “But shortages of teachers and substitutes in particular predicted intention to leave.”

There may be other factors at play in schools where shortages have been acute, she said.

“It stands to reason that when you have teacher or substitute shortages, there may be something else happening in the school that predicts those shortages,” Kaufman said.

Understand and address the underlying causes of principal dissatisfaction, including providing mental health supports to principals, rethinking talent pipelines, revamping how replacements are hired and supported in schools and districts, could go a long way to averting a potential exodus, Kaufman said.

Continued, unresolved dissatisfaction can cause managers to leave, Kaufman said

“That was always the takeaway for us: that it could still happen,” Kaufman said. “I think what we need to assess now is what the dissatisfaction looks like now to see if it’s still very high. If it’s still very high, I agree that this departure of managers is definitely going to happen.