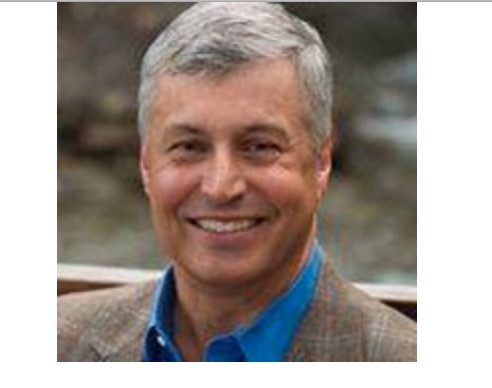 Michael Tavoliero: It’s time to repeal the POMV and go back to the original statutory formula

Our Alaskan government has a scotoma, a blind spot. He cannot see the forest for the trees.

The scotoma I am talking about is the percentage of the market value of the Alaskan permanent fund dividend. This is the formula now used to calculate how much of the Permanent Fund Revenue Reserve Account will be spent on the government.

Angela Rodell, Managing Director of the Alaska Permanent Fund Corporation, on January 29, 2018, at Must read Alaska, wrote: “A POMV draw has a number of advantages, including protecting the entire Fund from overspending, ensuring a liability the Fund can manage, and a structured source of income. and in the long term for the beneficiaries of the draw. . This endowment style payment method would offer more stable and predictable payout amounts year over year, even during down market years, and is consistent with the board’s current investment strategy.

Sorry, Mrs. Rodell. While the Alaska Permanent Fund is doing well under your leadership, you are totally wrong on every point. The POMV did none of these.

On the contrary, it demoted the real “beneficiaries” in the greatest economic collapse Alaska has ever known, to the benefit of the Alaska Deep State.

This includes unions, the education industry, the health care industry, and the wellness industry. Whenever laws are written by politicians for the benefit of a class and do not also represent and protect the people of the state, it is corruption.

The POMV is a corruption of the original intent of the dividend. The POMV is designed to create errors in the proper use of the dividend in order to access more money for the state government and the Alaska Deep State.

Does anyone want to guess who are the real and original beneficiaries of the original law, which is still in force?

The people of Alaska.

Are they taking advantage of it?

POMV is political football designed to confuse the true purpose of the permanent fund dividend which was simply to allow Alaskans to have a direct and fair share of their collective oil wealth – a concept Jay Hammond called ” Alaska, Inc. ” . He has also hampered all other progress in the growth of the state simply by his presence in the room opposing sound public policy.

We who lived in Alaska when the PFD was established know that this is not a Marxist concept of “basic income” that continues to be perpetuated by the Marxist beginners brainwashed into the state.

Hammond points out that a proposal to cap dividends to allow more money from the Alaska Permanent Fund to be used for government spending “is tantamount to imposing a head tax on all from Alaska and alone Alaskans, whatever their incomeâ€¦. it never makes more sense to cap dividends than simply increasing taxes to increase the same amount.

As voters, we have to hold these bad guys accountable and accountable, yes the bad guys because they’re not heroes.

For almost 40 years we have watched our government get bogged down in its own stupidity, thinking that if they just talked about it, we wouldn’t notice that they have peanut-sized intellects. They are paving the way for fiscal disaster upon fiscal disaster, instead of the cornucopia of wealth that we all know Alaska is capable of.

Hammond hypothesized that “each Alaskan each year receives their full share of the per capita wealth which we could eliminate or drastically reduce all welfare programs, unemployment insurance and subsidies.”

Here we are in 2021, the market value of the capital and profit reserve of the Alaska Permanent Fund is close to $ 82 billion. With good financial management, it is potentially on track to surpass $ 100 billion before the end of this decade, if not sooner.

We’ve all heard the expression “If it ain’t broke, don’t fix it!” ”

By adopting a statutory POMV system, the government of Alaska has instituted ignorance, stupidity, and true Marxism in our state government. The psychology of attacking producers is now instilled in our children in elementary school and follows them through college into adulthood.

The POMV did the exact opposite of what it was designed to do. He created fiscal instability through rhetoric, uncertainty and propaganda. It has neither boosted the state’s economy nor addressed the needs of Alaskans, especially its most under-represented citizens in rural Alaska. These people depend on the dividend to help them buy oil and other supplies to survive the winter. The reduction of the PFD has created and will continue to create increasing difficulties.

On August 20, 2021, State Representatives David Eastman and Chris Kurka presented the HB 3002. It was sent to the Special House Committee on Ways and Means under the leadership of President Ivy Sponholz, the Committee on Ways and Means. House on State Affairs chaired by Co-Chairs Jonathan Kreiss-Tomkins and Matt Claman, and the House Finance Committee, chaired by Co-Chairs Neal Foster and Kelly Merrick. In all three committees, HB 3002 died.

The intent of this bill was to repeal the POMV and revert the state of Alaska to the original Permanent Fund dividend formula found in Title 43 of the Alaska Statutes. Simple and straightforward.

Under current Title 43 law, the principal of the Alaska Permanent Fund is invested. The earnings are automatically transferred by this law and kept in the earnings reserve account.

By law, not legislative action, profits are first used to protect the principal from inflation, then 50% of the profits go to the annual dividend (PFD), and the rest of the balance accumulates every year for government spending. Notice the command. Public spending is the last.

Inflation protection returns income to principal. The dividend fund is part of the permanent fund like the profit reserve account, and the amount of annual dividends is transferred automatically by law. No appropriation is required by law.

Again it has never been broken, why fix it?

With the repeal of the POMV, the PFD will return the dividends owed under the original intent of the Alaska Permanent Dividend Program. For those of you who matter, that would mean a payment for the years 2016 to 2022 to each eligible PFD applicant of $ 13,600.

Given the corruption behind the POMV, I suggest that the state also pay any federal income tax owed by this distribution through interest paid by the Alaska Permanent Fund since 2016.

It is time to repeal the POMV.

Michael Tavoliero is a real estate agent in Eagle River, is active in the Alaska Republican Party and is President of Eaglexit.