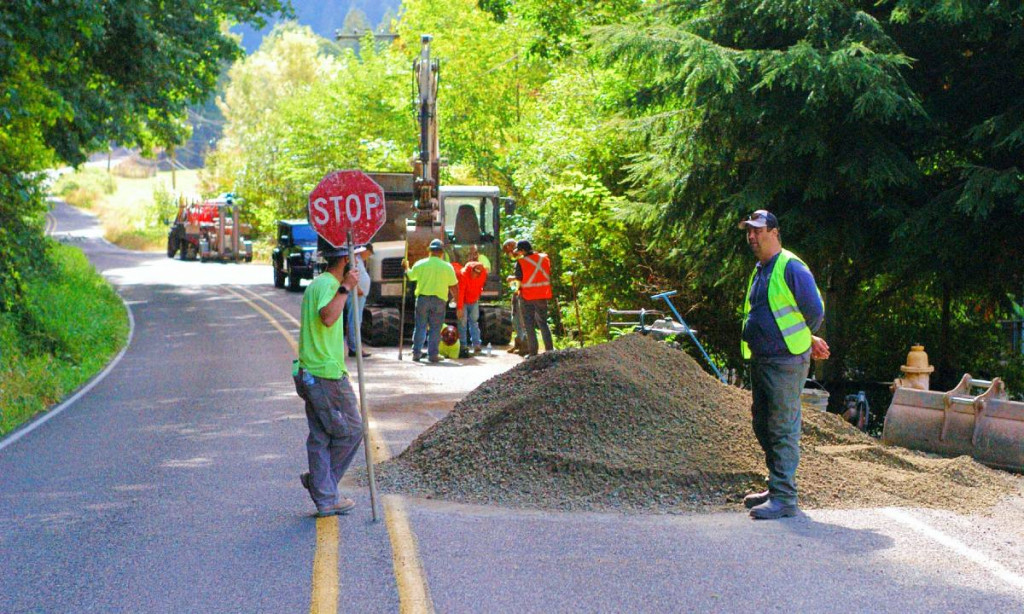 September 18, 2021 – The Mapleton Water District (MWD) Board of Directors met on September 14 with a busy agenda. Some important topics focused on the procedure for handling unpaid bills, the choice of supplier for the new wastewater treatment plant and the presentation to the public of new smart meters to be installed in all the residences in the district.

The meeting began with the safety committee discussing a recent visit from OSHA. OSHA had requested that, and the board discussed, ensuring that the extinguisher numbers were appropriate, the signage was kept up to date, and that MWD board director Dustin Basurto , was certified for reporting, a requirement as a director of the board of directors and important to the day-to-day operations of the MWD. It was determined that all requirements were met.

After that, the secretary of the board of directors / treasurer Jami Sautner discussed the finances of the district. She said as of Aug. 31, at Banner Bank, the district had $ 93,500.25, and at Oregon Pacific Bank the total was $ 7,598.26. Invoices paid since the last meeting amounted to $ 40,000.

Board member Bryan Moore asked, “Before we continue, how much money do we really have? “

Later in the meeting, she explained that the actual amount the district had to work with was lower due to bills to be paid to West Yost Engineering for advice on purchasing a new permanent processing plant and WesTech for the operation of the temporary treatment plant currently in use.

Board member Sharon Schrenk went on to say that money is currently limited for the district.

Schrenk went on to explain that much of the funding is used for leak repair attempts with the help of a company called Delta Operations. This company is used for day-to-day operations that require certifications that Basurto is currently working towards.

Schrenk said, “Dustin and I had a conference call today with Delta and told them we need to mitigate these expenses. We must reduce the outflow of money.

She then asked, “What can the board do to help Dustin level it up and put it more into a mode of operation?” “

The current idea is that many of the services provided by Delta will eventually be supported by Basurto. The board agreed it was only a matter of time and said Basurto was on track to complete his training and certifications as quickly as possible.

“Dustin, you can call me, whatever you need, and of course I can put a team together,” Moore said.

The next topic discussed was an important one, as the board debated the policy to follow on overdue bills.

In February, invoices were sent to all residents of MWD. These bills were much higher than many residents expected. It has been determined that the invoices have been estimated since March 2021.

Staff issues prevented an in-person meter reader. When the meters were read last March, many customers’ estimated usage was significantly lower than their actual usage.

This sparked an uproar from locals who were not financially prepared for such high water bills.

On Tuesday, MWD’s board of directors decided, by vote, that the following policy would be as follows:

A 50% credit will be granted on the invoice amount for the month of February. This does not include amounts overdue before February 2021.

The 50% of the customer must be paid in full by September 30 and the balance of the invoice must be paid by October 25. Disconnections and late fees will resume on November 1.

Sautner added: “Payment terms are possible, but the balance of arrears will have to be paid by December 20, with a disconnection date of January 10, 2022.”

Plus, those who have already paid their February bill will get a credit on future bills.

MWD’s newest board member Millie Rochon mentioned that she was one of the people affected by those big February bills and agreed that while the bills would require payment terms for many residents. She said the community as a whole is looking for a solution to the situation.

Schrenk agreed and mentioned that the customers paying these bills were the only hope of having water service in Mapleton in the future.

All board members agreed it was time to move forward.

Then the council decided that the district might need help at the office. They spoke of letting the public know that they are looking to hire someone for eight hours a week, two four-hour shifts, and that interested applicants should contact the office at the number listed above.

This team of advisors recommended Filtertech Inc.’s offer It was the cheapest offer and also appeared to be the company that could best meet the water needs of the Mapleton community.

The board of directors voted and Filtertech’s offer was unanimously accepted.

This was done with the understanding that Filtertech was still working to gain approval from the state of Oregon, this was its first foray into water treatment in that state. Filtertech assured those who reviewed the offer that approval was inevitable.

The board of directors believed the new processing plant could be operational by the spring of 2022. The plant is funded by a grant from the state of Oregon.

Then, Basurto showed the board of directors the new smart meters that will be installed in all residences. These meters will ensure accurate measurement of water use and, ultimately, allow usage to be measured remotely.

After that, Rochon updated the chart on her and her daughter’s progress in painting the city fire hydrants.

Basurto mentioned a plan to adopt a stretch of highway on behalf of MWD. He mentioned that the state will provide all the necessary tools and safety equipment. After two cleanings, an official sign will be installed.

Moore ended the meeting by mentioning that he had recently attended a wedding in Los Angeles.

“I drank some water there. It was bad. I’m serious. We have good water here at Mapleton and that is what we need to stay focused on, especially in these difficult times. We are very lucky that a lot of people are trying so hard over and over again, ”he said.

The MWD Board of Directors meets on the third Wednesday of the month at the Mapleton Lions Club Community Center. The next meeting will be on October 20.

Residents with questions or concerns can contact the MWD office at 541-268-4348.