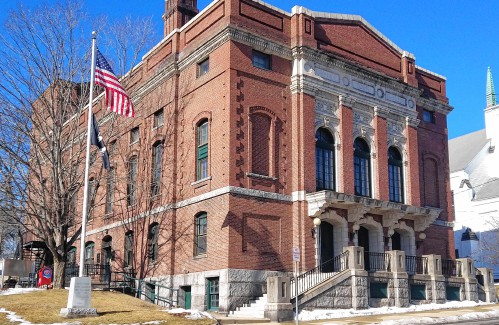 ORANGE – The Selectboard voted unanimously last week to reopen City buildings to the public from March 14 and to demand that the tax collector start accepting cash payments again following the policy changes induced by the pandemic.

Municipal buildings had their doors temporarily closed for a second time following a more recent spike in COVID-19 cases, but Selectboard members felt it was safe to resume business as usual.

“I think it’s high time,” city administrator Gabriele Voelker told council members. “We have kept everyone safe for the past two years.”

The board of health — of which selection committee chair Jane Peirce is also a member — voted unanimously earlier this month to rescind the citywide mask mandate starting March 5. The previously repealed mandate was reinstated in October 2021 when COVID-19 cases increased. According to the Board of Health’s Facebook page, there were eight new cases of COVID-19 in the first week of March. Health worker Matthew Fortier also reported a recent coronavirus death.

“Fortunately, the high levels of transmission are now much lower,” he wrote, “with new cases relatively stable over the past two weeks.”

At the selection committee meeting on March 9, member Andrew Smith advocated for the reopening of city buildings to the public the following day. Voelker, however, suggested March 14 because there would not be enough time between the meeting and the start of work on March 10 to inform staff of the change. And Peirce mentioned that City Hall is closed on Fridays anyway.

This vote also applies to the city offices located at 62 Cheney Street. These offices were moved following the October Selectboard vote to close the Orange Armory due to age and deterioration issues.

After the reopening vote, Voelker explained that cash had not been accepted at the tax collector’s office since the start of the pandemic, due to concerns about the possibility of transmission of the novel coronavirus. Research indicates that the risk of contracting the virus in cash is low.

Voelker said there were pros and cons to the move – the office is now running more efficiently and there have been no cash-handling issues, but the policy has been difficult for people who don’t have cash. Bank account. Voelker said tax collector Kim Lively, who was not present at the virtual Selectboard meeting, objects to accepting cash.

Voelker said the city clerk’s office and the transfer station accept cash, although they deal with fewer people. She also said that the tax collector’s office accepts online payments as well as debit and credit cards.

“It’s a small number of people who want to pay cash, but it affects her operations, it takes longer, she has to pass it through the bank, it’s dirty,” Voelker said. She also mentioned that the state recognizes cash as legal tender and requires municipalities to accept it as payment.

“It’s not up to us to tell someone how you’re going to pay,” he said.

Richard Sheridan, a member of the selection committee, agrees, saying the policy can be difficult for people without a checking account.