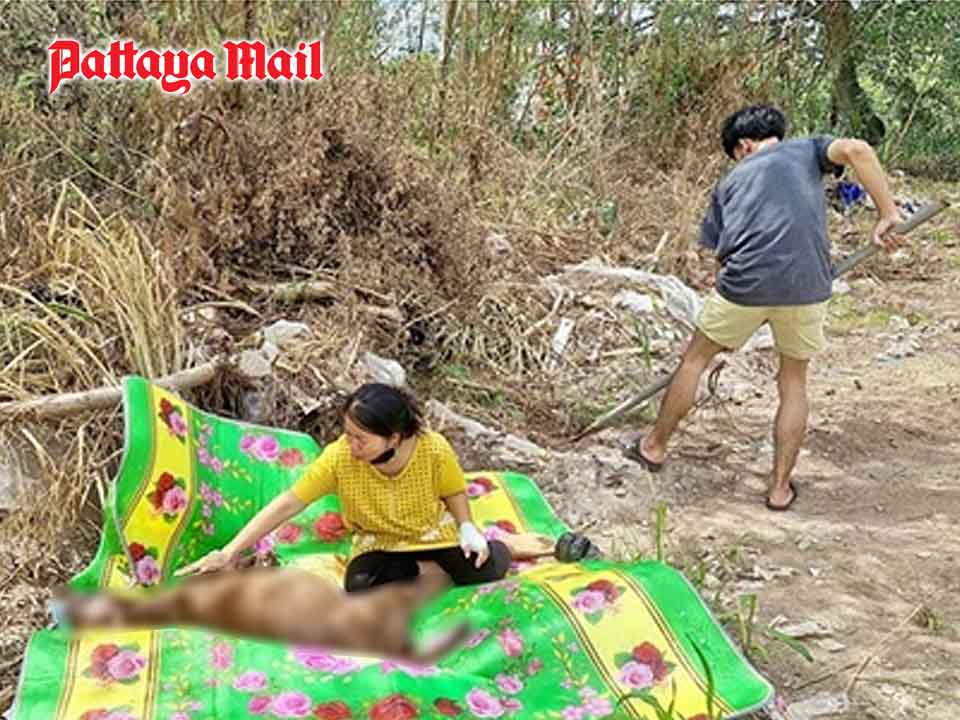 A suspected loan shark is claiming innocence and self-defense after a Sattahip family shouted to the media that they had been attacked and their dog had been killed.

Chaowalit Benjamas, 35, turned himself in to Plutaluang police on Friday to refute claims by Supaporn Intiphan, 36, Watchara Wongruk, 39, and Nattapon Intiphan, 20, that they were physically assaulted in their home of Plutaluang on June 15 for non-payment of a loan of 80,000 baht and 40,000 baht in interest.

Admitting to loaning the family money at 5% interest a day two months ago and then repossessing their two motorbikes when payment had not been made, Chaowalit said he did not went to their house only to ‘speak nicely’ about the outstanding debt of 80,000-90,000. Instead, one of the family members stabbed him and then lied saying he was trying to collect 120,000 baht.

Chaowalit showed police a stab wound to his left side that required 11 stitches as evidence. He also claimed to have video of the home visit, proving that no threats were made and that he did not kill the family pit bull as they claimed.

During their meeting with local media, Supapon said that she had borrowed the money two months ago but due to further financial problems she was unable to pay. Chaowalit then took their motorcycles, preventing the couple from going to work. Supaporn said a new loan agreement dated June 10 provided for daily payments of 300 baht in interest and 10,000 baht in principal per month without foreclosure.

The couple then went to the police to complain and ask for help in recovering their motorbikes.

On Wednesday, according to Supaporn, Chaowalit and his girlfriend called the three family members outside and attacked them. Neighbors sent them to Queen Sirikit Naval Medical Center.

Supaporn said Watchara had a blood clot in her brain and needed surgery, while her 20-year-old son needed eight stitches in his face.

During the melee, the woman claimed Chaowalit stabbed her 3-year-old pit bull Choky in the neck. She then buried him in the foothills of Plutaluang. Chaowalit denied killing the dog.